Where is the year going? The fact that we’re now in May is a shock to my system, but at least I can say I did more last month than I did in March, so it doesn’t feel like April flew by without me noticing it.

I got through six books in April, which seems to be my magic number because that’s how many I read last month as well, and I managed to maintain my blogging schedule and take part in Camp NaNo at the same time. I still took an unplanned mini-break from blogging, and I didn’t win at Camp NaNo but I’m doing better, and that something.

Favourite read; Daisy Jones & the Six by Taylor Jenkins Reid which probably shouldn’t be a surprise as Evelyn Hugo was my favourite read of last month but again this was just an incredible read.

Least favourite read; Archenemies by Marissa Meyer which I just expected so much more from, especially after the ending to Renegades. Still here’s hoping the third book delivers. 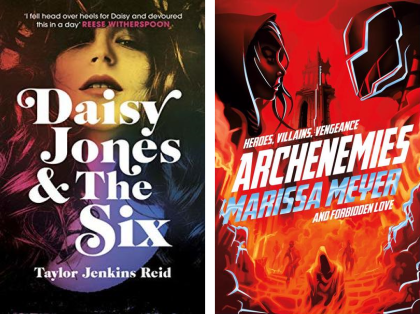 I may not be on top of things when it comes to blogging and writing, but at least I can say I’m on top of reading. Like the past couple of months I ended April two books ahead of my Goodreads Reading Challenge schedule, so let’s see if I can do it again this month. 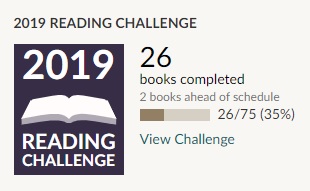 This month I took part in Camp NaNo, hoping to ‘catch-up’ on my WIP because based on the goal I set myself at the star of the year I’ve fallen way behind. I set myself a goal of 34k words, and based on my previous writing updates this year it should come as no surprise when I say I didn’t manage to reach it. I wrote just under 15.5k words which I’m still proud of, it’s more than I wrote in January, February and March combined even though it fell short of my goal. 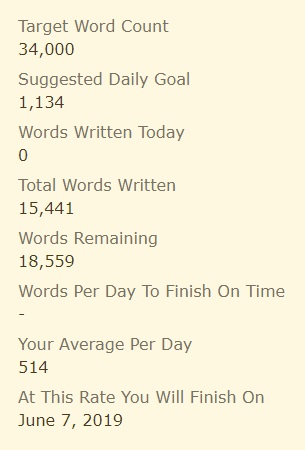 I’ve actually given up on trying to ‘catch-up’ on the goal I set at the beginning of the year. I’m not giving up on my WIP I’ve just realised that the goal I set myself is no longer achievable, every month I keep trying to catch up but I only fall further and further behind, so going forwards I’m going to re-set it.

So much seemed to happen in April, it was a busy month but busy in a good way (except for the few days I was bed-ridden thanks to a nasty stomach bug, but I’m not really counting that).

I only got two books in April but I’m really falling behind on reading my new releases. I have so many books, and not just from last month but from February and March too, which I still need to find the time to read.

Last month I managed to catch up on blogging – somewhat. I still have some reviews sitting in my queue that I need to write – and I took part in Camp NaNo to help catch up on my writing so this month I feel like I can take a step back and focus on reading again. Maybe by the end of May I’ll be able to say I’ve gotten through more than six books.

I have one more eARC for King of Fools which I need to read and review so that’s a priority of mine, but other than that I’m not going to set even a rough TBR list, I’m just going to read whatever I feel like whenever I feel like it.

I also have a few day trips planned for May, something to feature in my next monthly recap so I don’t seem too boring, but other than that I think most of my time, money and energy is going to go on re-decorating.

How was your April?

How many books did you read last month, and what were your favourite and least favourite reads of April? Did you take part in Camp NaNo, did you manage to hit your goal or like me did you fall short?

Have you seen Avengers: Endgame? What did you think, were you happy with how things ended for your favourite characters or heartbroken? What was the most exciting thing that happened to you in April?