Top Ten Tuesday is a weekly feature hosted by That Artsy Reader Girl. Each week there is a new topic for bloggers to choose and list their top ten. This week’s theme is Top Ten Books I Loved but Will Never Re-Read.

I’ve done a lot of re-reading so far this year, and although the ten books I’ve featured this week are books I don’t see myself picking up again anytime soon that’s not to say I won’t ever re-read them one day in the future. I’m a mood reader so I can never tell what I’m going to fancy reading from one day to the next, but these are all books I know I won’t be re-reading anytime soon that I can say for sure. 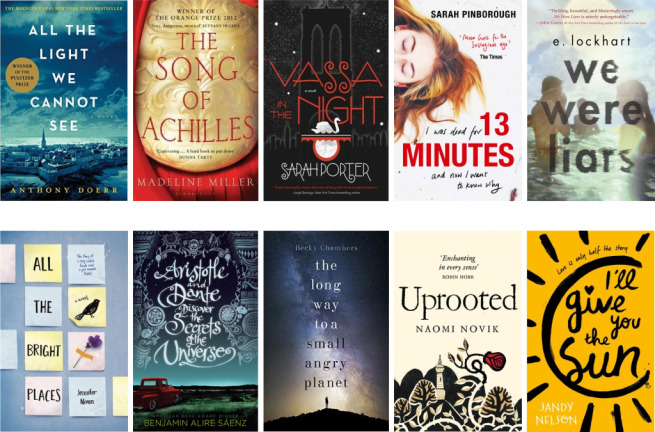 END_OF_DOCUMENT_TOKEN_TO_BE_REPLACED

A little while ago I posted a discussion about the pros and cons of fairytale retellings, because while I love the subgenre that doesn’t mean there aren’t some people who avoid those books, and it also doesn’t mean I’m blind to the cons. Someone mentioned in the comments that I could do a pros and cons post for all genres, after all there are certainly enough of them out there.

Rest assured I’m not going to do a pros and cons post for every genre. Some, like fantasy and contemporary, are too large and comprehensive to work in my mind; but after I posted my fairytale retelling post I got to think about another genre I love, another genre I want to see more of but one that does have some cons. 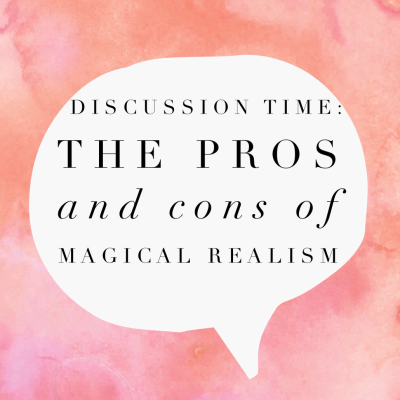 The Pros and Cons of Magical Realism

END_OF_DOCUMENT_TOKEN_TO_BE_REPLACED

Standalone Sunday is a weekly feature created by Megan at Bookslayer Reads which aims to showcase standalone books which you loved or would recommend.

Vassa in the Night by Sarah Porter

END_OF_DOCUMENT_TOKEN_TO_BE_REPLACED

Top Ten Tuesday is a weekly feature hosted by The Broke and the Bookish. Each week there is a new topic for bloggers to choose and list their top ten. This week’s theme is Top Ten Underrated Books I’ve Read or Added to my TBR List in the Past Year or So.

Mid-way through 2016 a previous Top Ten Tuesday theme I took part in was Top Ten Books I Enjoyed with Less Than 2000 Ratings on Goodreads, so when I saw this week’s theme I decided to carry on from that one almost. I picked five books I read and enjoyed with under, or around about, 2000 ratings on Goodreads as well as a few books which I still have on my to-read list. In the end there were a couple of picks that made it on my list this week that I was really surprised to see. 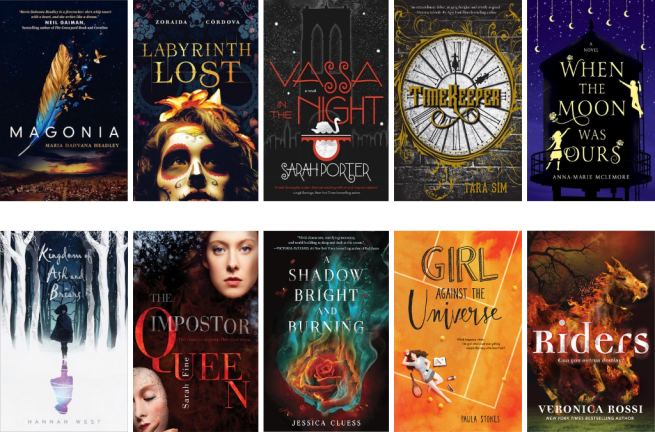 END_OF_DOCUMENT_TOKEN_TO_BE_REPLACED

When it comes to wine I am not a fan, in fact I’m not really a fan of any type of alcohol, but I do love books so I guess you could say that’s one of the two! I was tagged by Jenna at Fictional Neverland. Thanks so much for the tag Jenna, I had a lot of fun answering these questions and I hope you enjoyed reading them as much. END_OF_DOCUMENT_TOKEN_TO_BE_REPLACED

I love Harry Potter, honestly though is there anyone out there who doesn’t, so when I first saw this tag I was desperate to take part in it. Luckily I was soon tagged by, not only Jess at The Mud and Stars Book Blog, but by Heather at The Sassy Book Geek as well. Thank you both for giving me the opportunity to take part in this tag, everyone else should definitely check out their original posts and while you’re there their blogs as well.

END_OF_DOCUMENT_TOKEN_TO_BE_REPLACED

Title: Vassa in the Night

In the enchanted kingdom of Brooklyn, the fashionable people put on cute shoes, go to parties in warehouses, drink on rooftops at sunset, and tell themselves they’ve arrived. A whole lot of Brooklyn is like that now—but not Vassa’s working-class neighbourhood.

In Vassa’s neighbourhood, where she lives with her stepmother and bickering stepsisters, one might stumble onto magic, but stumbling out again could become an issue. Babs Yagg, the owner of the local convenience store, has a policy of beheading shoplifters—and sometimes innocent shoppers as well. So when Vassa’s stepsister sends her out for light bulbs in the middle of night, she knows it could easily become a suicide mission.

But Vassa has a bit of luck hidden in her pocket, a gift from her dead mother. Erg is a tough-talking wooden doll with sticky fingers, a bottomless stomach, and a ferocious cunning. With Erg’s help, Vassa just might be able to break the witch’s curse and free her Brooklyn neighbourhood. But Babs won’t be playing fair…

END_OF_DOCUMENT_TOKEN_TO_BE_REPLACED

Top Ten Tuesday is a weekly feature hosted by The Broke and the Bookish. Each week there is a new topic for bloggers to choose and list their top ten. This week’s theme is a Halloween freebie, so I picked Top Ten Books that are Perfect Reads for Halloween.

Halloween have never been a big deal in England. I was eighteen the first time I went trick-or-treating, and it was babysitting my friends little cousins, in fact the only part of Halloween I get excited for are The Simpson Treehouse of horror episodes and the Brooklyn Nine-Nine Halloween Heist episodes. However I love reading and with Halloween coming up, and with this week’s TTT topic being a Halloween themed free-for-all, I decided to showcase some of the best creepy and dark books I’ve read so far as well as a few still on my to-read list.

END_OF_DOCUMENT_TOKEN_TO_BE_REPLACED

As I’m currently on a book buying ban instead of posting a monthly book haul, in which I would have included my Fairy Loot box, I decided to do an unboxing for the first time ever. This is something I will continue to do at least until my book buying ban is over in the new year.

The September box was; Magic and Mayhem.

This box is perfect for fans of the Grisha books, A Darker Shade of Magic (Shades of Magic series), and Russian folklore. It features SIX amazing goodies, most of which are exclusive so you’ll only get them in this box! The book is a highly anticipated hardback that is released in September.

Doesn’t the September theme sound amazing? I was thrilled with the book in this month’s box and beyond thrilled with all the goodies inside.

END_OF_DOCUMENT_TOKEN_TO_BE_REPLACED

Top Ten Tuesday is a weekly feature hosted by The Broke and the Bookish. Each week there is a new topic for bloggers to choose and list their top ten. This week’s theme is Top Ten Books on my Fall TBR List.

So who else is incredibly excited about all the amazing books that are being released in the second half of this year? Some of the conclusions to favourite series are mine are coming out and I cannot wait to get my hands on them. On top of that there are new series being released and even a few books which, although they have been out for a long time now, I am aiming to get around to by the end of this year. 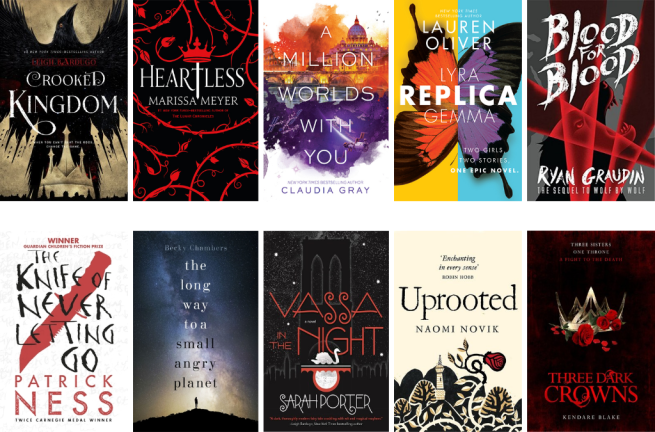