When I write my reviews I split them into parts, focusing on the different aspects that make up the story; the plot, the characters, and for sci-fi and fantasy books the setting. It’s not something I look for in contemporary books, but seeing as I mainly pick up fantasy releases the setting is really important to me.

If I go back to why I read in the first place one of the reasons is to escape, and I can’t do that if I’m constantly being dragged out of the story because the world building is too flat. For me, for a book to get more than a three stars rating, it needs to have an incredibly developed world, one that I can fall into, lose myself in.

Why World Building is So Important to me in the Books I Read.

END_OF_DOCUMENT_TOKEN_TO_BE_REPLACED

Of all the tags I’ve taken part in since I started blogging food tags are always my favourite. This is actually my second time taking part in The Cookie Book Tag but who doesn’t love cookies, seriously is there anyone out there who doesn’t? I was tagged by Lilly at Lair of Books Blog and Ann at Ann’s Reading Corner. Thanks so much both of you for the tag, I had a lot of fun with this one so I hope you enjoy reading my answers just as much. 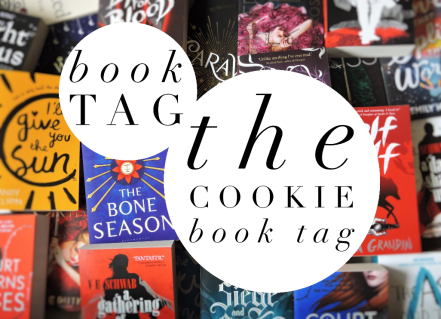 END_OF_DOCUMENT_TOKEN_TO_BE_REPLACED

Where is home when you were born in the stars?

Aza Ray is back on earth. Her boyfriend Jason is overjoyed. Her family is healed. She’s living a normal life, or as normal as it can be if you’ve spent the past year dying, waking up on a sky ship, and discovering that your song can change the world.

As in, not normal. Part of Aza still yearns for the clouds, no matter how much she loves the people on the ground.

When Jason’s paranoia over Aza’s safety causes him to make a terrible mistake, Aza finds herself a fugitive in Magonia, tasked with opposing her radical, bloodthirsty, recently-escaped mother, Zal Quel, and her singing partner, Dai. She must travel to the edge of the world in search of a legendary weapon, the Flock, in a journey through fire and identity that will transform her forever.

END_OF_DOCUMENT_TOKEN_TO_BE_REPLACED

Maria Dahvana Headley’s soaring YA debut is a fiercely intelligent, multilayered fantasy where Neil Gaiman’s Stardust meets John Green’s The Fault in Our Stars in a story about a girl caught between two worlds…two races…and two destinies.

Aza Ray Boyle is drowning in thin air. Since she was a baby, Aza has suffered from a mysterious lung disease that makes it ever harder for her to breathe, to speak—to live. So when Aza catches a glimpse of a ship in the sky, her family chalks it up to a cruel side effect of her medication. But Aza doesn’t think this is a hallucination. She can hear someone on the ship calling her name.

Only her best friend, Jason, listens. Jason, who’s always been there. Jason, for whom she might have more-than-friendly feelings. But before Aza can consider that thrilling idea, something goes terribly wrong. Aza is lost to our world—and found, by another. Magonia.

Above the clouds, in a land of trading ships, Aza is not the weak and dying thing she was. In Magonia, she can breathe for the first time. Better, she has immense power—but as she navigates her new life, she discovers that war between Magonia and Earth is coming. In Aza’s hands lies fate of the whole of humanity—including the boy who loves her. Where do her loyalties lie?

END_OF_DOCUMENT_TOKEN_TO_BE_REPLACED

Top Ten Tuesday is a weekly feature hosted by The Broke and the Bookish. Each week there is a new topic for bloggers to choose and list their top ten. This week’s theme is Top Ten Underrated Books I’ve Read or Added to my TBR List in the Past Year or So.

Mid-way through 2016 a previous Top Ten Tuesday theme I took part in was Top Ten Books I Enjoyed with Less Than 2000 Ratings on Goodreads, so when I saw this week’s theme I decided to carry on from that one almost. I picked five books I read and enjoyed with under, or around about, 2000 ratings on Goodreads as well as a few books which I still have on my to-read list. In the end there were a couple of picks that made it on my list this week that I was really surprised to see.

END_OF_DOCUMENT_TOKEN_TO_BE_REPLACED

Happy New Year everyone! Here’s hoping you all have an amazing 2017. To celebrate the new year and look back at my reading journey throughout 2016 I decided to take part in the End of Year Survey created and hosted by Jamie at The Perpetual Page-Turner. 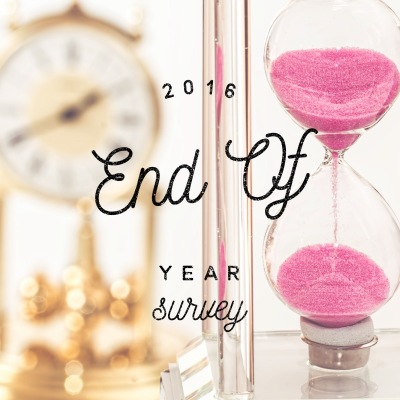 Last year I saw a couple of bloggers on WordPress taking part in this. It looked like such a fun way to look back over the year but as I’d already posted an end of year review for 2015 I didn’t see the point in doing another one. Still I remember the survey and now we’ve reached the end of 2016 I’ve taken the opportunity to take part in it myself.

END_OF_DOCUMENT_TOKEN_TO_BE_REPLACED

Top Ten Tuesday is a weekly feature hosted by The Broke and the Bookish. Each week there is a new topic for bloggers to choose and list their top ten. This week’s theme is Top Ten Books I’ve Added To My TBR List Lately.

Instead, however, mainly because my to-read list is a mess, I decided to feature the books I want to read before the end of the year. With less than two months left I’m not sure I’ll get around to all of these but I can at least make a decent start. Besides if I don’t manage to get through all of them before the end of 2016 then they’ll be the very first books on my TBR list for 2017.

END_OF_DOCUMENT_TOKEN_TO_BE_REPLACED

Top Ten Tuesday is a weekly feature hosted by The Broke and the Bookish. Each week there is a new topic for bloggers to choose and list their top ten. This week’s theme is Top Ten Books on My Spring TBR Pile.

I have plenty of books on my TBR pile. Some of them are new releases coming out in the Spring months, some of them are books that have been on my to-read list for ages, some are recently released books I’ve heard great things about, and some I’ve only just discovered, new additions to my TBR pile. The one thing they all have in common; I am hoping to finish them all before Spring is over.

END_OF_DOCUMENT_TOKEN_TO_BE_REPLACED

Top Ten Tuesday is a weekly feature hosted by The Broke and the Bookish. Each week there is a new topic for bloggers to choose and list their top ten. This week’s theme is Top Ten 2015 Releases I Meant To Get To But Didn’t.