It’s been two and a half months since I last posted something here, a long time to be away from my blog, but I’m back now and I figured what better way to kick-start my return to Reading Every Night than with a hiatus recap.

June and July were really busy months, August seems to be slowing down enough so that I have time to devote to blogging again, and honestly my mental health took a little turn for the worse. I had a slump and didn’t have the energy for anything creative, but I’m coming around the other side of that now. This post is likely to be a little longer than my usual monthly recaps, but I have two and a half months of books I’ve read, TV shows I’ve watched, and general life events to cover in just one post.

I’m going to start by talking a little about why I went on hiatus for two and a half months.

I started feeling slump-y in May; I stopped reading and stopped writing blog posts (I had a lot of drafts saved so I was able to keep posting for a while) but I was feeling a major burn-out coming on so I knew I needed a break. Originally I planned to only be away for June, but before I knew it June was over and I was halfway through July still feeling unmotivated to blog.

My mental health took a turn for the worse, there was a lot going on and it all started piling up on me. I was stressed and anxious, and dealing with a few health issues that only added to everything bad I was feeling. Basically reading and blogging were the furthest things from my mind.

It wasn’t all doom and gloom though. I mentioned in previous recaps that I’d brought a house, well I finally moved in. In June we got some renovations done — replacing the carpets with laminate, re-doing both the bathroom and the en-suite, and getting a fresh coat of paint on all the walls — and in July I moved in. I spent a week packing everything I own up, ordering furniture from Ikea, and driving back and forth between Southend (where I used to live) and Crystal Palace (where I now live). There are still things which need to be sorted out, but for the most part I’m settled in my new home.

Now I’m trying to get back into everything; I’ve started reading again (which you may have noticed if we’re friends on Goodreads) and today is kicking off my return to WordPress. I have a lot to catch up on, I don’t know if I’ll ever be able to catch up on everything I’ve missed, but I figured if I take it slow I can work my way backwards and go from there.

Favourite read; Red, White & Royal Blue by Casey McQuiston which had everything I loved in one book. The enemies to lovers trope, a cute romance, great characters and a brilliant family dynamic.

Least favourite read; Solitaire by Alice Oseman which I wanted to love — because I really enjoyed Alice Oseman’s other releases — but I struggled to connect with Tori’s character.

Well I very quickly fell behind on my Goodreads Reading Challenge; I read nothing in May, nothing in July and very few books in June. Goodreads has recommended I read two books per week to catch up on my Challenge goal by the end of the year, and I read four books last week so I’m (about 90%) confident I can get back on track before too long.

Like with my reading and my blogging over the past two and a half months I fell into a major writing slump. I had planned to take part in Camp NaNo in July but I was too busy (more on that a little later in this post) and before I knew it July was over. I’m going to get back into writing this month, I’m feeling inspired to write for the first time since I started slumping in May, so I’m going to set a new monthly word count goal and see how it goes.

There was a lot happening in June and July. Even if you take out everything involving my new house and the big move it was still two jam packed months for me. 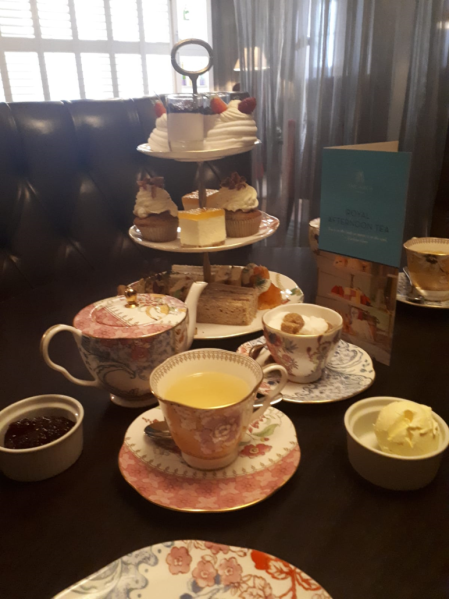 The end of July means YALC. I didn’t go last year but I got another weekend ticket for this year and spent three incredible days at the convention. It was packed (honestly I think YALC gets busier every year), and it involved a lot of early starts to join the queues at the Olympia London and heavy tote bags full of books which needed to be lugged around all day, but as which the two previous years I’ve attended it was a lot of fun. 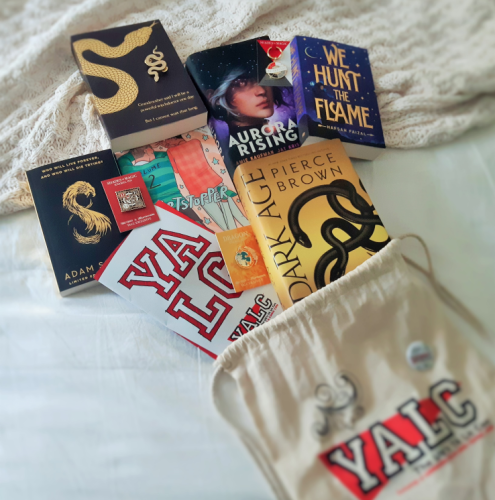 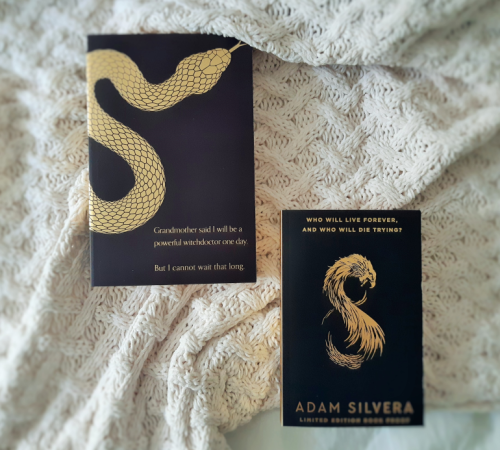 In other news I downloaded Scribd and signed up for their 30-day free trial, and it’s the best app on my phone. Four of the ten books I read during the past two and a half months I read last week on Scribd. Also I may not have been reading but I have watched a lot of TV. I binged Good Omens and The Boys on Amazon Prime, and got through all nine seasons of How I Met Your Mother on Netflix.

I also have a Twitter account, you can find my profile here. Come and follow me, I can’t promise I’ll post much or regularly or with any kind of schedule (because I’m terrible at social media) but I’m going to try my very best.

Given the fact that I’ve brought a house, and now have a mortgage and bills to pay, I’ve had to cut down on my book buying. That being said when at YALC it’s impossible not to splurge a little, honestly what I ended up buying was me being restrained. I don’t have anything planned for the remainder of August, so to make up for the long recap in this post it’s going to be a short recap at the end of the month. I’m slowly aiming to get back into reading whatever I want to read, catching up on blogging and the many reviews I need to write, and starting to work on my WIP once more.

What have you been up to for the past two and a half months?

What were your favourite least favourite reads of June and July, and now we’re more than halfway through 2019 how is your Goodreads Reading Challenge going? Did you take part in Camp NaNo in July, and if so did you meet your goal or not?

What’s the best convention you’ve been too, bookish or non bookish? Are you hoping to make it to YALC one year (maybe next year)? What was your highlight of the past two and a half months?