I’ll be the first to admit that I’m not the best at including trigger warnings in my reviews, but I’m trying to be better at it because it’s so important that readers are aware of the dangerous parts of certain books that could make their reading experience an uncomfortable one. Granted I don’t know if it’s possible to encompass everything that could be a trigger, but I guess that’s what the rest of the review is for.

The only thing is, how do you include trigger warnings that count as spoilers? Sometimes the part of the book that could trigger someone happens at the end, or it’s what the story and character development have been building up to, and for someone who isn’t triggered it would ruin the book. How do you navigate that dilemma? 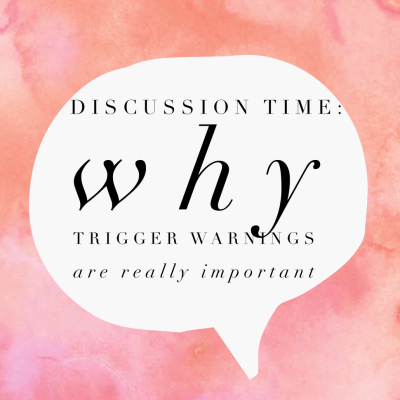 Why Trigger Warnings are Really Important

Fair warning; I talk a fair bit about topics that could be considered triggering in this post, mainly suicide.

It’s hard to know what will trigger a person. For some people mentions of rape or heavy violence may be triggering whereas for others it’s just part of the story, they can accept it happening to the characters and move onto the next chapter with no issues. For some people the act of suicide in books can leave them uncomfortable and nauseous but for others it’s no big deal.

One of the things I can read is the act of suicide (I’m not going to go into the reasons behind this, that’s getting a little too personal for the moment but you can probably make an educated guess as to why). I don’t mind reading characters who have thoughts of suicide, but the second those thoughts cross over into the act I can’t handle it.

For the most part reading All the Bright Places was fine, I thought it was a great read. I loved the story, the journey Finch and Violet were on exploring all the natural wonders of their state, and I even liked that these two broken characters were gravitating to one another. Maybe someone else could have seen the way the story was going considering Finch’s state of mind but I couldn’t. 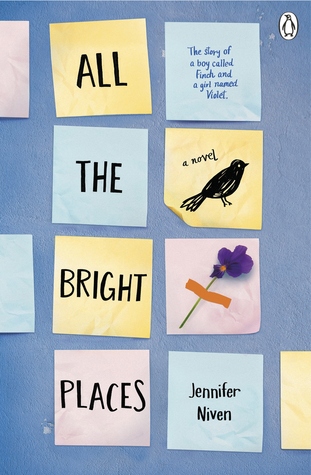 Suicide happens in All the Bright Places, and it happens late enough in the story that a trigger warning would have been considered a spoiler, but if I’d known before starting that one of the main characters would kill themselves three quarters of the way through I would not have picked this up. I was left feeling uncomfortable and strangely devastated having to read what I did, and I would hate for anyone else to have to feel that way because they went into this book (or any book for that matter) unprepared.

In my opinion, and speaking from my own experience, I think people who are affected by the things we include trigger warnings for they don’t care about spoilers. They care about having a book they can read that make them think, not makes them nauseous; they want a story that takes them to a new world, not leaves them uncomfortable.

Books I’ve included trigger warnings for in my reviews were those by Christina Henry; Alice, Red Queen, Lost Boy. They were all amazing reads, I think I rated them four or five stars each, but they are very dark and brutal, and Alice includes flashback to rape. For me that wasn’t anything more than part of the story, but I know for someone else the violence or the rape flashback could be a major no-go. Granted I don’t think these warnings were spoiler-y at all so it’s not quite the same situation as with All the Bright Places bit at the end of the day a trigger warning is a trigger warning. 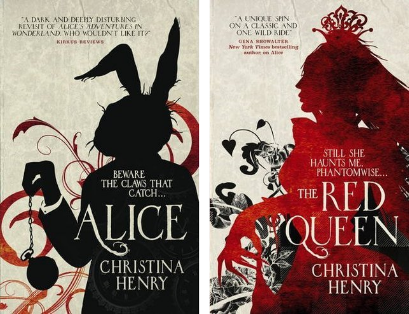 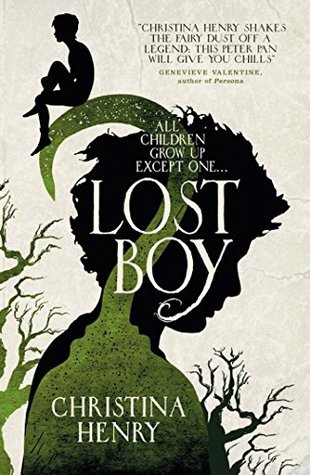 I think it’s important we have books that discuss these things. Maybe All the Bright Places was a triggering read for me, but for someone else out there it could have really helped them. Like seeing more minority main characters and religions represent it’s important to have stories discussing topics like rape and suicide, but that doesn’t mean reading them is what everyone wants.

Trigger warnings enable someone to decide whether a book is safe for them to read, it helps them create an environment they are comfortable with and warn them something they may be uncomfortable with is coming. If I had known going into All the Bright Places one of the main characters committed suicide would I still have read it? I can’t say but I think I possibly would have because I would have been prepared for what was coming instead of emotionally blindsided by it.

What are your opinion on trigger warnings?

Have you ever been ‘saved’ from a book because of the trigger warning included? (If this is too personal please don’t answer it).

Do you include trigger warnings in your reviews, and would you still include them in if it counted as a spoiler?

Have you even been blindsided by a book the way I was by All the Bright Places? ( Again, if this is too personal please don’t answer it).

99 thoughts on “Discussion Time: Why Trigger Warnings are Really Important”