As today is first day of 2018 it seems kind of fitting to post my recap for 2017. Overall I had a pretty good year, but more about that later. For me 2017 was filled with good books and personal achievements I never actually thought I would manage to do, and now I’m hoping for the same in 2018.

Granted the first time I picked up Prodigy back in 2014 I didn’t manage to finish it, but considering I got through about 60% of the book before giving up I’m counting it as one I re-read this year.

Of the 109 books I read this year most of them were fantasy releases (61 books), which probably doesn’t surprise many people given it’s my favourite genre.

Contemporary was a not-so-close second (19 books), and the remaining 29 books were a mixture of sci-fi, magical realism and dystopian releases.

Tarnished City by Vic James
Check out my review here.

I read Gilded Cage back in 2016 and the ending left me needing the next book in the trilogy. Tarnished City really takes the series to a whole new, much darker, level where there is so much more at stake for the characters.

I was hooked, terrified for Luke and rooting for Abi, as the story unfolded, and if I thought the ending for Gilded Cage was enough to have me desperate for the next book in the series it’s nothing compared to the ending for Tarnished City. 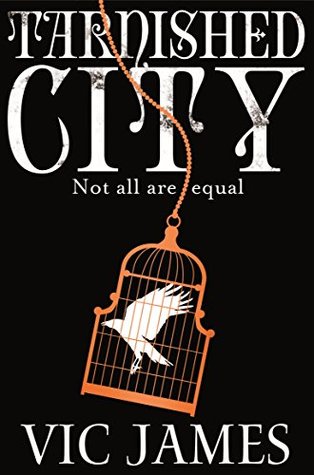 The Hate U Give by Angie Thomas
Check out my review here.

I always comes across the best characters in contemporary stories, and when it comes to the best contemporary book I read last year there’s really no other choice but The Hate U Give.

It was the character who made this book for me. The Hate U Give is not just Starr and Khalil’s story, but the story of all the people surrounding them whose lives are affected by what happened to Khalil and Starr’s journey to find justice for her friend.

Strange the Dreamer by Laini Taylor
Check out my review here.

Laini Taylor is a master of world building. When I read Daughter of Smoke and Bone I wanted to travel to Prague to experience the magic and wonder she wrote about, and it was the same when I read Strange the Dreamer.

At first Weep seems like nothing more than a fairytale, somewhere Lazlo could read about and research but never touch, but while the city itself is darker and more heartbreaking as Lazlo quickly discovers there is still magic to be found.

When it comes to my overall best read of 2017 – the book that had an incredible plot I couldn’t step away from, amazingly developed characters I loved and rooted for, and a wonderful setting I could easily lose myself in – I couldn’t pick just one so I’ve chosen my top three;

In third place is The City of Brass by S.A. Chakraborty
Check out my review here.

I managed to snag an ARC at YALC last July and The City of Brass quickly became a surprise favourite of mine that I feel like I’ve already recommend to the world. Read this book, you won’t regret it.

It took me ages to get around to Morning Star but now I’ve read it I don’t know why I didn’t pick it up sooner. There aren’t enough words to describe how much I loved this book, or how excited I now am for Iron Gold.

And in first place is A Conjuring of Light by V.E. Schwab
Check out my review here.

I doubt anyone is surprised to see this book here. A Conjuring of Light was my most anticipated release of 2017 and V.E. Schwab more than lived up to my expectations. It was the perfect finale for my all-time favourite series.

Best Author I Discovered in 2017

Looking back I didn’t discover that many authors in 2017 who weren’t debut authors, still Adam Silvera stands out from the rest. I read all his books this year and all three emotionally destroyed me, breaking my heart into a million pieces.

So far my favourite of his books is his most recent release, They Both Die at the End, but I can’t wait to see what he comes out with next. Already in the works he has a fantasy release for 2019, and this year What If It’s Us which he’s written with Becky Albertalli (is it too early to say this is in the running for my favourite contemporary book of 2018?). 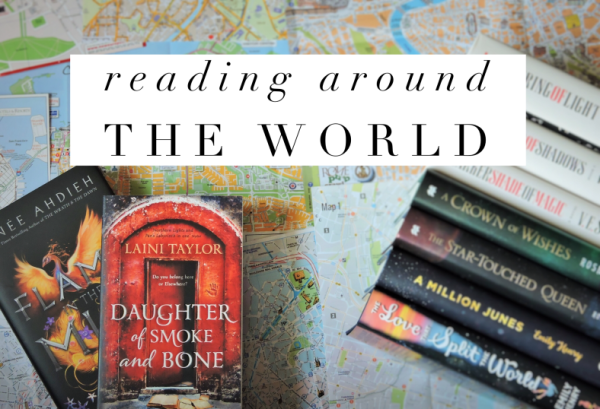 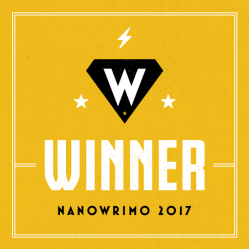 I’ve already set my Goodreads Reading Challenge goal. This year I am going for 125 books, which I’m slightly nervous about because last year I only managed 109 books, and for the past few years I’ve only set my goal to 100. Still the idea is to stretch ourselves right? So fingers crossed I can manage it. 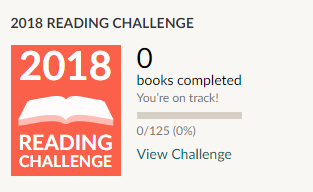 I will be launching a new feature in March. I haven’t worked out everything yet but it will essentially be me talking more about my WIP and around writing in general.

Finally, there are so many incredible books being released next year and so many I want to read, but there are also so so many books already released I need to get around to. So, my aim for 2018, is to try and get through as many of the below as possible.

I can’t say when, I’m not psychic, but hopefully before 2018 is over you’ll have seen a review for all of these books, and many more, posted on my blog.

I hope everyone out there had an incredible 2017 filled with amazing books, because there were certainly enough of them released last year.