I may not be a fan, or a reader, of the New York Times but I love the city of New York so that’s close enough right? I ask this having no clue what the New York Times is, other than a newspaper I’m guessing. I was tagged by Jessica at Pore Over the Pages. Thanks so much for the tag Jessica, I had a lot of fun with this one so I hope you enjoy reading my answers just as much. 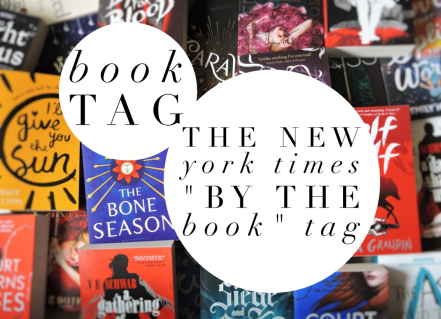 What book is on your nightstand now?

I don’t actually own a nightstand. In fact the closest thing I have to nightstand in my room is a small bookshelf by my bed so there are way too many books on my “nightstand” for me to list in this tag.

If I did have a nightstand however, the book on it would be the book I’m currently reading which is Godsgrave by Jay Kristoff. So far I am loving this book, it’s amazing and I have no idea how I’m going to organise my thoughts into a coherent review but that’s a worry for another day after I’ve finished reading. 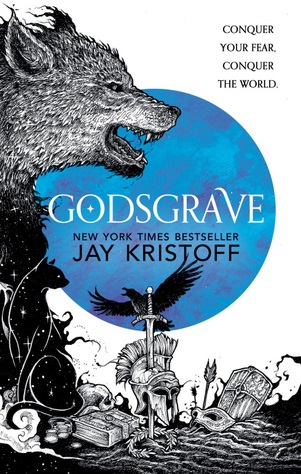 What was the last truly great book you’ve read?

This was an incredible read. Moonrise is the first poetry book I’ve picked up and at first I wasn’t too sure how a story could be told through poetry alone. Turns out I didn’t need to worry because I was so moved by Sarah Crossan’s way of writing. Joe’s story was beautiful, emotional, moving, and after finishing it I need to read more of Sarah Crossan’s books.

If you could meet any writer – dead or alive – who would it be? And what would you want to know?

This is going to seem like a really clichéd answer but it is J.K. Rowling.

I know, I know she’s the author most people want to meet, and I highly doubt I’ll ever get a chance to meet her, but I’d love to speak to her about Harry Potter. It’s the series that kick-started my love of reading, the series I re-read all the time, and the series that has such a cult following that it would be incredible to talk to the creator behind it all, even if just for a few minutes.

What books might we be surprised to find on your shelf?

Most of the books on my shelves are YA, and most of the YA books on my shelf are fantasy releases, to the surprise of no one. I do have a fair few recipes books but given the new feature I launched a little while ago, Baking with Books, I doubt this would surprise anyone either.

How do you organize your personal library?

I don’t actually have a system when it comes to organising my books, they just go wherever they fit on my bookshelves. I try and keep series together, and finished series will go on the same shelf as other finished series because it saves on the re-organising I need to do when new books are released, but that’s it as far as any ‘system’ goes.

In fact I really need to re-organise my bookshelves. After YALC I’ve been putting books anywhere I have room and it looks really messy.

What book have you always meant to read and haven’t gotten around to yet?

Oh there are plenty, seriously let me direct you to a post I did at the end of July about all the books I own but still have yet to read.

At the moment the main ones, and the ones I am going to make a priority of mine because I’ve been saying I’m going to read them for ages, are; Morning Star by Pierce Brown, The Mortal Instruments series by Cassandra Clare (the last three books that is) and The Assassin’s Blade by Sarah J. Maas.

Disappointing, overrated, just not good: what book did you feel you are supposed to like but didn’t?

The Kiss of Deception by Mary E. Pearson

While I did go on to enjoy the rest of the series I felt like the first book was a lacklustre start to the trilogy. There are bloggers out there, whose opinions I trust, who loved this book so I did feel like I was missing something when I couldn’t rate it higher than three stars. In the end I couldn’t decide if I liked the main character or not and the love triangle was a big no-no for me.

What kind of stories are you drawn to? Any you stay clear of?

Stories I’m drawn to include;

Stories I tend to steer clear of include;

If you could require the president to read one book, what would it be?

This isn’t just because these books are set in London, though they are, or because it’s one of my favourite series, though it really is, but I feel The Bone Season is a great example of how NOT to run a government. It could also serve as a warning for how powerful the people can be if they banded together again a corrupt government.

What do you plan to read next?

Beasts Made of Night by Tochi Onyebuchi

I got an ARC of this book from YALC back in July and I am so excited to get started on it. The blurb sounds incredible, and from what I’ve heard from other bloggers who also got advance copies of Beasts Made of Night it’s a brilliant read. Here’s hoping the book lives up to the hype.