Now, don’t get me wrong, I love romantic relationships in books but recently, and I’m not sure if this is because I’m getting older or blogging has opened my eyes to it, I’ve started seeing romantic relationships that have felt shoehorned into the plot. They’re simply there to appeal to readers who love reading romance, and more often than not it seems to take away from the character development.

I still want to see romance in books, sometimes there is literally nothing more I want than a fluffy contemporary book with a heart-warming romance to read one afternoon, but I don’t want it to feel like something added in to make the story ‘better’ regardless of all the other aspects that make a good book great. 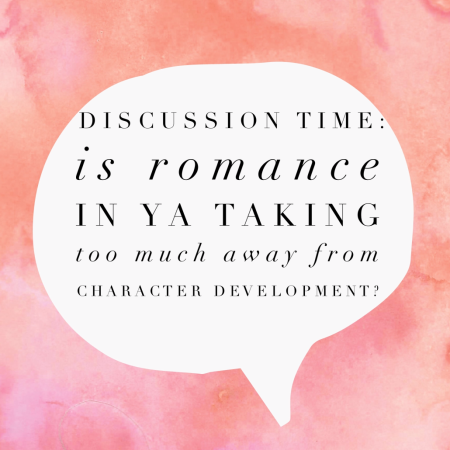 Is Romance in YA Taking Too Much Away from Character Development?

As soon as a potential romantic relationship is introduced or hinted at it needs to be developed, and it sometimes seems like for there to be room for that development individual character development falls in the wayside a little. Recently I finished reading the first half of Cassandra Clare’s Mortal Instruments series, and in the second book Clary and Simon decide to change their friendship into something more.

What would have been wrong with keeping Clary and Simon as best friends with no further feelings, unrequited or otherwise, between them? One of my favourite friendships in a YA series is the one between Juliette and Kenji in the Shatter Me Trilogy by Tahereh Mafi. The two are best friends and have an incredibly written relationship that I loved reading, and one of the reasons I loved reading it was because there were no romantic feelings between them. Kenji wasn’t pining for Juliette while she was with Adam or Warner like Simon seemed to be pining while Clary was with Jace.

It was the same with Empress of a Thousand Skies. I’ve mentioned this before in my review but as a whole the character development was what let this book down for me. Granted I loved reading Aly’s chapters during the first half and right up until the chapter he was introduced to his love interest. 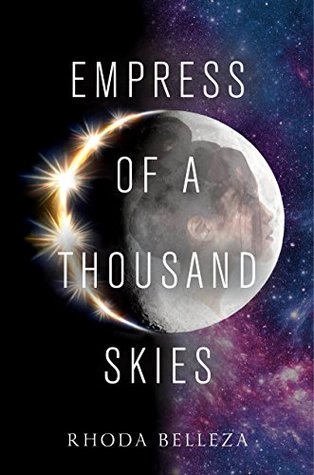 However in this case it wasn’t just Aly’s own character development that seemed to fall in the wayside, but the development of his relationships outside of his love interest that seemed to suffer. We were told throughout that Aly had two best friends who were more like his brothers, but I saw no evidence of that close-knit relationship between the three characters in this book. It seemed like Aly cared more about a girl he met bare days ago than his best friends, and the budding feelings he had for Kara were stronger than the feelings he should have had for Vin and Jeth.

For the most part I still love romantic relationships in books, when they’re written well. One of the things I loved about Heir of Fire by Sarah J. Maas was that Celaena/Aelin was developed as her own character after all the upheaval she went through in book two before a possible relationship with Rowan was introduced in book four. It gave her the necessary time to grow as her own character, and for Rowan to grow as his, before the two of them grew together in a relationship.

But there doesn’t need to be romantic relationships in books for them to be amazing. Plenty of authors have done it so why can’t we have more books with strong characters and no romance and less with weak characters and weaker romances.

Do you enjoy seeing romances in books or are you finding it’s something you can do without?

Have you seen books where the character development has fallen in the wayside to make room for the romantic development?

Or alternatively, do you think developing romances in YA books only make the individual character development stronger?

83 thoughts on “Discussion Time: Is Romance in YA Taking Too Much Away from Character Development?”