I am a massive fan of Disney movies. If you’ve been following my blog for a while then you’ll know how much I love fairytale retellings, well I love Disney movies just as much. I have seen almost every one and I am really loving all the live action reboots that are being released, who’s really excited for Beauty and the Beast next?

The Jungle Book was the latest Disney classic to get a live action reboot and, from what I understand, is the reason this tag was created in the first place. I was tagged by Gracie at GracieFM. Thank you so much for the tag Gracie; everyone else should definitely check out her original post and while you’re there her blog as well.

The Bare Necessities:
A book that makes you forget about your worries and your strife

Carry On by Rainbow Rowell

There are so many things I love about this book; the story, the magic, the characters and their relationships. No matter how many times I read Carry On this book never fails to make me smile, laugh, or fall in love with Simon, Baz, Penny and Agatha all over again.

I’ve said before that I’d love to have someone like Kenji as my friend in real life, but I also think he’s a great character to be more like as well. He’s a friend to pretty much everyone he meets and while at first glance he jokes around a lot and doesn’t seem to take much seriously underneath he tough, dedicated, and loyal to his friends. He supports them when they need it but also kicks them into action when they’re wallowing in self-misery.

That’s What Friends Are For:
Fictional friends that you wish were part of your own friend group

One of my favourite parts of Uprooted was the friendship between Agnieszka and Kasia. The two are dedicated to one another; when Kasia is taken into the Woods Agnieszka is willing to risk her life to get her out, and although Kasia is corrupted by her time there Agnieszka spends months trying to find a cure. In turn, no matter where Agnieszka goes and what threats she faces, Kasia is always ready and willing to fight by her side.

My Own Home:
A book that no matter what, always feels like home

Yes this is a really cliché answer, and probably one I’ve given for plenty of other tag questions like this, but it’s always going to be a series which feels like home. I have so many fond memories associated with this series; my parents giving me the fourth book and then me reading it all the way home from holiday, queuing up at midnight with my friends for the release of the seventh book. There is never going to be anything that will stop me from loving these books.

Trust In Me:
A character you would trust with your life

Miel
When the Moon Was Ours by Anna Marie McLemore

Throughout the whole of this book, even when faced with the wrath of the Bonner sisters, Miel stays loyal to Sam and goes ahead with Ivy’s plans if it means keeping his secret safe. She’s incredibly loyal to the people she loves and will go to any lengths to keep them safe, even if it means keeping them far away from her. 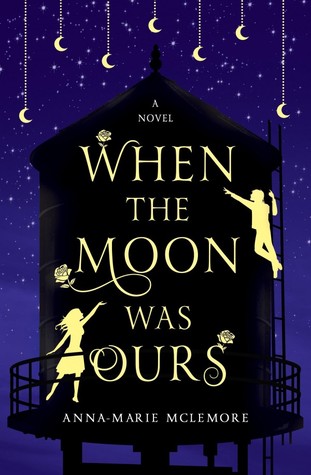 34 thoughts on “The Jungle Book Tag”