I was tagged in the Femme Friday book tag by Lauren at Wonderless Reviews and, as this was the next tag in my queue and it’s a Friday, it was the perfect opportunity to post it. Thank you so much for the tag Lauren, and everyone else should definitely check out her original post and her blog, and if you’re not following her already then what are you waiting for? Lauren is an amazing person, and she posts some brilliant reviews and discussions you won’t want to miss out on.

#FemmeFriday was created by Vicky at Books and Strips and you can learn more about it here. Basically it’s all about highlighting females in the bookish world—whether they be characters, authors, creators, etc. anyone really! 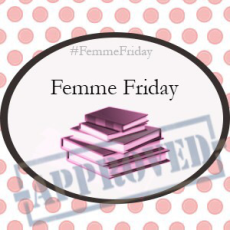 What’s the ratio of female:male authors in your shelves? You don’t have to give an exact amount, just approximately

I have a lot more female authors than male on my bookshelves, and this is only an incredibly rough ratio, I’d say about 90% of the books I own are written by female authors and about 10% male.

Do you have any preconceived notions about female authors? E.g. They only write YA or chick-lit

I don’t think so, but based on my bookshelves I’d say one preconceived notion I definitely have is that there are more YA books written by female authors than male.

Can I say all of them?

My favourite female authors when I was younger were J.K. Rowling (obviously), Meg Cabot and Sarah Dessen to name a few. Now, although those three are still on my favourites list, there are more fantasy authors and some I’ve read recently; Marissa Meyer, V.E. Schwab, Samantha Shannon, Jandy Nelson, and so many more than I can name in one post.

Have you ever read a comic or a graphic novel written and illustrated by a woman?

I’ve been meaning to read more graphic novels, but at the moment there’s only one on my read list; Nimona by Noelle Stevenson. I am planning to pick up her Lumberjanes book very soon, and I’ve received some other recommendations to start my journey into the world of graphic novels.

Have you read any LGBT books?

Quite a few actually; most recently Simon Vs. the Homo Sapiens Agenda, Aristotle and Dante Discover the Secrets of the Universe, Carry On. I’ve read a few others as well with LGBT relationships in the background so to speak; I’ll Give You the Sun and The Scorpion Rules. 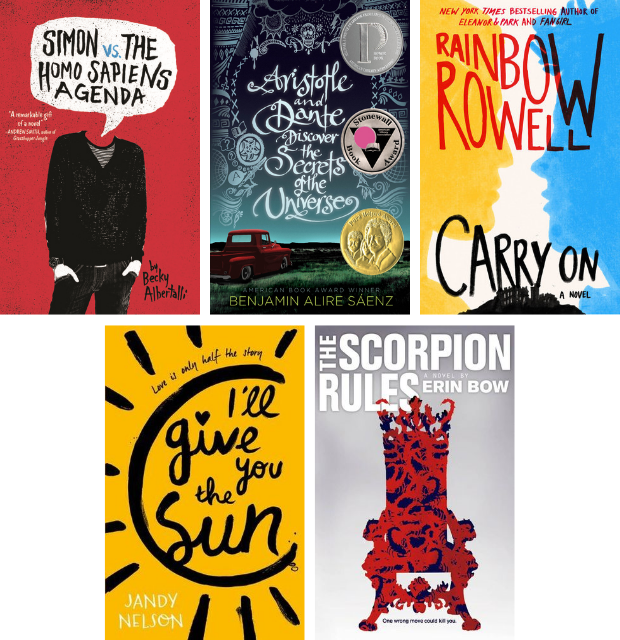 Have you read a book by a female author of colour?

I honestly can’t say. I don’t tend to look at photos of the authors so I can’t say for sure if any of the books on my bookshelves have been written by people of colour, however I have read more than a few books with POC characters.

Have you read any feminist nonfiction books?

Nope, I can’t even say I have any on my to-read list. Nonfiction is not a genre I’ve ever really been interested in reading.

Who is your favourite female character? Someone strong and role model-ish.

There’s a few; Hermione Granger from the Harry Potter series, Annabeth Chase from the Percy Jackson series, Penryn Young from the Angelfall series. Characters who are strong, determined, brave and smart and who are just great role models for young girls.

Is there a really popular female author that you haven’t read at all?

Kiera Cass is the only YA author I can think of, and Cecelia Ahern is quite popular and someone who, despite having one of her books on my to-read list, I haven’t picked up anything by yet. Then there are authors of classics which I doubt I will ever get around to; Jane Austen, Charlotte Bronte, etc.

Is there a popular non feminist book that you really enjoyed?

None that I can think of. Though there are a few YA books I’ve read which have had really worrying relationships between two of the characters; Twilight for example.