Ideally I would have posted this recap on the last day of March, two days ago, but I have been completely snowed under with work over the past week and my end of the month recap got pushed back. This weekend has been the first time I’ve had a chance to actually sit down and properly write it.

Looking back I read more books than I thought, fifteen this month, which I think is my best so far this year. I even managed to get through two series, The Winner’s Trilogy and Throne of Glass, that despite being on my to-read list for ages have become two of my favourites. 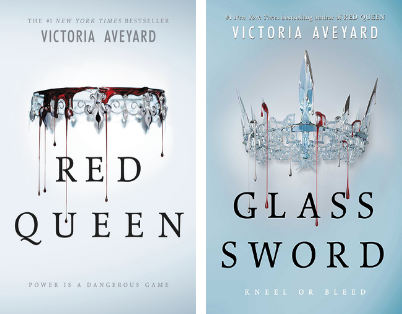 I re-read Red Queen before starting Glass Sword this month, and didn’t enjoy it as much as I did the first time. The story is good, granted it does feel a little generic in terms of dystopian novels, but I did not like the characters at all and there is a lot of questions I still have about the world-building. However I cannot leave a series unfinished so I will be picking up the third book, besides I’m curious after the way Glass Sword ended how the third one will start.

Stars Above by Marissa Meyer

I’ve said it so many times now but The Lunar Chronicles is my all-time favourite series. When I discovered Marissa Meyer was releasing a collection of all her novella’s, including some new never-before-released ones, I was so excited to get my hands on it. While I had read some before re-reading them was a treat and of course the last novella of the bunch was my favourite. Winter may have been the perfect finale to the series but Something Old, Something New was the perfect epilogue.

So this was one of the series that has been on my to-read list for ages now. I wasn’t sure when I’d be able to get around to it but then I saw the final book on NetGalley and it was the perfect time to start the series. Once I finished all I could think was ‘why did I not start this series soon?’ The first book did start a little slow, and for the first half I was wondering why this series was so hyped, but then the plot kicked into high gear and I was hooked.

The Winner’s Curse by Marie Rutkoski

The Winner’s Crime by Marie Rutkoski

The Winner’s Kiss by Marie Rutkoski

I received a copy of this book from NetGalley.

Time travel is my favourite genre so this book has been on my to-read list ever since I saw the blurb. Luckily it more than lived up to my high expectations. The Girl From Everywhere has the most amazing time travel concept I’ve read and I immediately fell in love. I am very excited to get my hands on the second book in the series, I think this is definitely one to keep an eye on because the author is going to amazing places.

The Shadow Queen by C.J. Redwine

Like time travel fairy tale retellings are a favourite genre of mine. The Shadow Queen is the first book I’ve read by C.J. Redwine, though I’ve heard good things about her Defiance series. I enjoyed this book, don’t get me wrong, but there wasn’t anything that made it stand out from the pile of other fairy tale retellings on the shelves now. The story was good and the characters well developed but it felt more like a generic novel than anything unique.

Another book that I was eagerly anticipated, however it fell flat. I couldn’t connect with any of the characters who seemed completely flat, one-dimensional, and unrealistic; and the plot itself never seemed to actually pick up. I was waiting for most of the book for something to actually happen and when I got to the end I honestly thought I was missing half of it. There are people that did enjoy Reign of Shadows but it just wasn’t for me.

I wouldn’t say I read a lot of sci-fi books but honestly the cover was so gorgeous I had to add it to my to-read list. The story was good but it was the characters that really made me love this book; the adventures they have fleeing the Enforcers and the Daeva but also the way they grew throughout the course of the novel. The second book in this series focuses on different characters but I’m still really excited to start it. 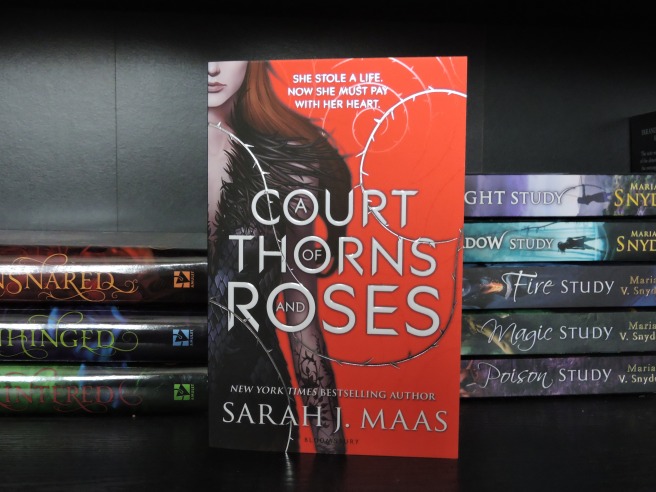 A Court of Thorns and Roses by Sarah J. Maas

I’d originally planned to read the Throne of Glass series first, but because this was the first and only book in the series released so far I thought I’d start with this one to give me a taste of Maas’s work. A Court of Thorns and Roses is one of my favourite fairy tale retellings, and I’ve read quite a few based on Beauty and the Beast so that is saying something. I am so excited for the second book in the series to be released but I am really hoping there is no love triangle developed.

This series has been on my to-read list since before Throne of Glass was even released. I never got around to it, mainly because I’d heard a lot of negative things about the first book and couldn’t quite force myself past that. I actually adored Throne of Glass; I think maybe because my expectations were so low the only place to go was up. The series did get a lot better with the second, third, and fourth books, though the third was a little slow for my taste, and I am so excited for the fifth to be released now as well.

I took part in five Top Ten Tuesday topics over the course of March.

Top Ten of My Most Recent Five Star Reads

I featured five books as part of the Waiting on Wednesday tag.

Tell the Wind and Fire by Sarah Rees Brennan

A Court of Mist and Fury by Sarah J. Maas

So for April I’m planning a contemporary YA month. I have loads of my to-read list and this way I can start making a real dent in them. I have quite a few on my list already – I’ll Give You the Sun, Simon Vs. the Homo Sapiens Agenda, Stephanie Perkins – but if anyone has any recommendations let me know.